In the beginning of June 2009 in Beijing was hold the All-Chinese Conference “Special methods of treatment in Chinese Traditional Medicine”. The organizer of the conference and the chief of the branch of special and new methods of treatment – professor Hе has asked Kundawell Institute specialists to participate in this conference. 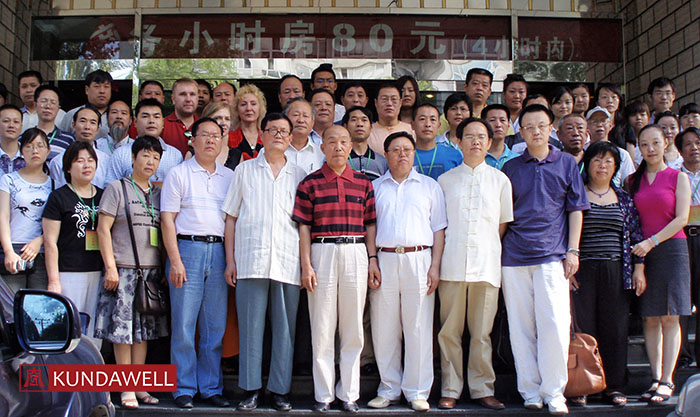 Professor Hе himself has experienced the methods diagnostic and treatment in Chinese Image Medicine at Kundawell Institute. Thanks to his invitation, at this conference took part such specialists as the general director of Kundawell Institute Li Deming, the assistant of the general director Andrea Vlchkova, Xu Mingxun and the students of the institute Igor Glazunov and Galina Goldshtain. 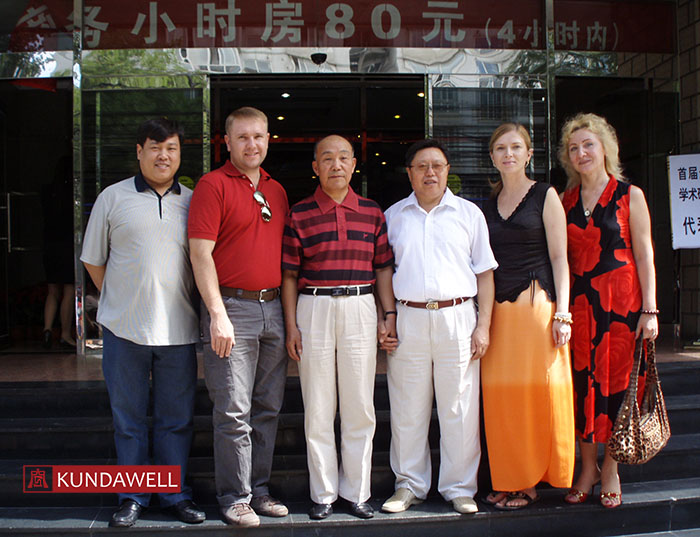 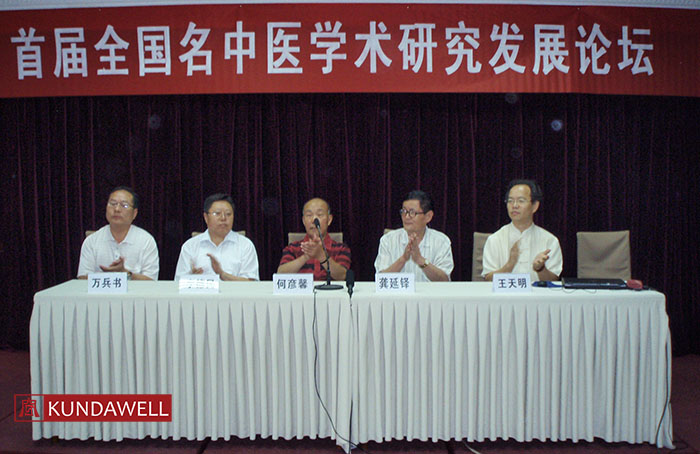 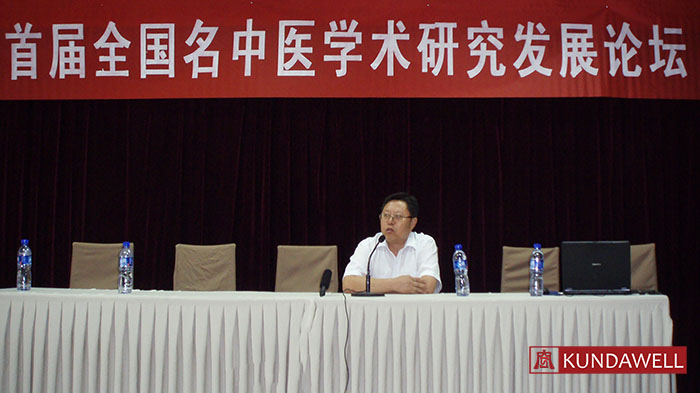 The specialists of Kundawell Institute were given 1,5 hours to demonstrate the methods of Chinese Image Medicine and to provide the diagnostics for those wishing to. There appeared much more wishing people, than Galina and Igor were able to make diagnostic to, because the lack of the time. 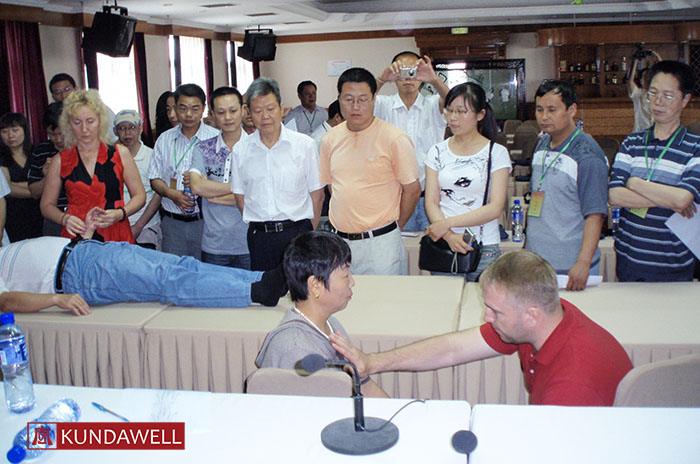 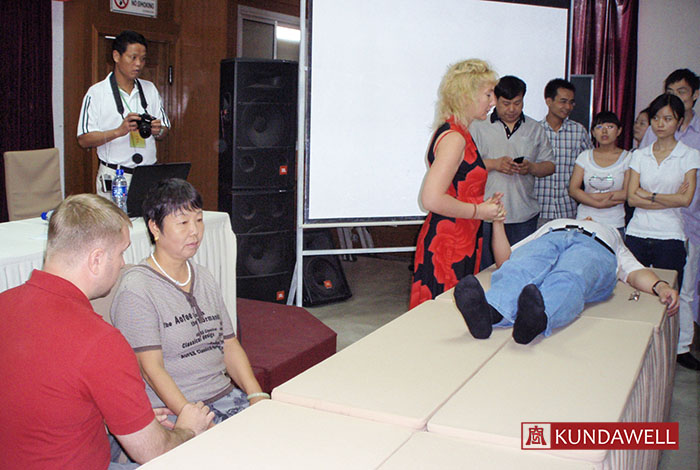 Galina’s patient said that he is 50 years old, and he has more than 36 years’ experience in TCM, but he had never met anybody in his life, who was able to make such accurate diagnostic for him. Igor’s patient said that she had been making surveys in different clinics during long time to learn about all her problems, and here she managed to do the same at once, and managed to find out the reasons of her problems. 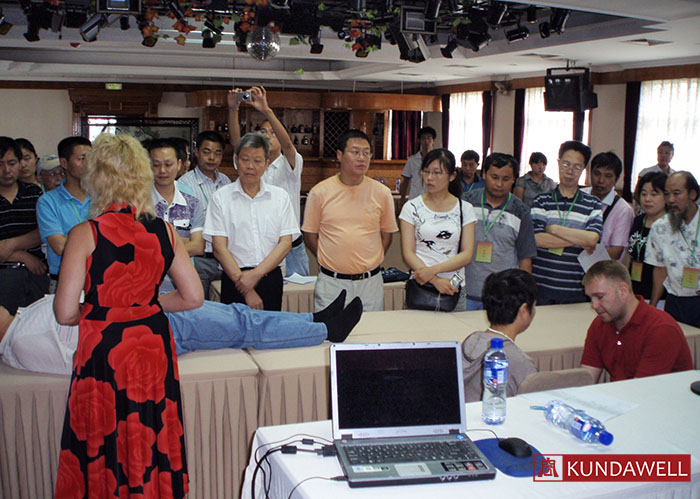 Many of the participants of the conference got interested in methods of Chinese Image Medicine and the possibility to study in Kundawell Institute. And Kundawell Institute specialists managed to meet TCM doctors, having a great experience in treatment of the diseases, which are in the researching process in Kundawell.

We asked Igor and Galina to share their feelings: 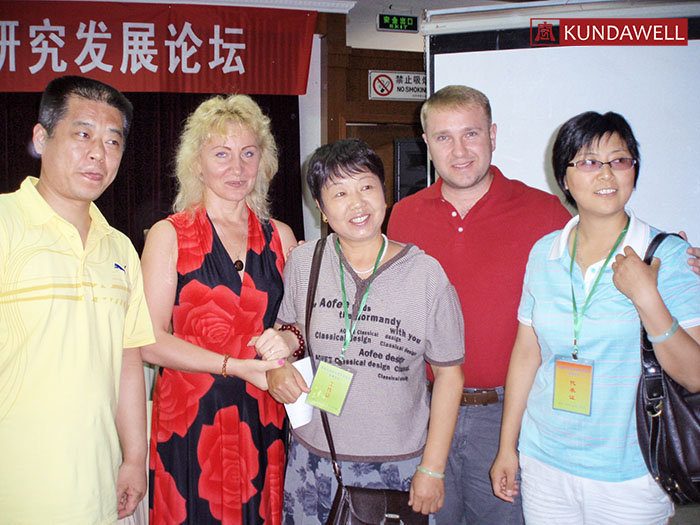 Igor: “At this conference for me it was very interesting to learn, that most doctors uses herbs during treatment. Master Xu Mingtang recently has told us, that in future, while studying at Kundawell Institute, more attention will be paid to herbs exactly. I have seen doctors’ and healers’ great interest in Chinese Image Medicine. My diagnostic had deeply impressed the patient. She said, that she is ready to tell everybody about this method. Once again, it is proved that methods of Chinese Image Medicine are very efficient.”

Galina: “I had visited many different conferences before, but here I could feel true medicine atmosphere. Doctors form different countries were speaking to each other in common language – the language of medicine. Communicating with the doctors, I felt that Chinese Image Medicine is the method of the future. Because the doctor must treat and heal with the help of image.”