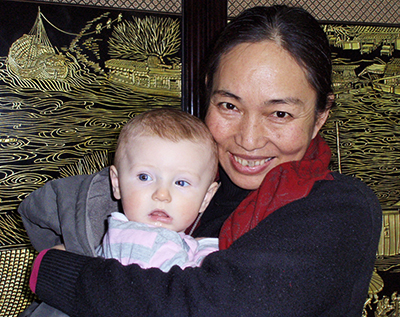 Anamnesis: the basis of epileptic seizures (abnormalities of sensory, motor, autonomic, cognitive functions) is anomalous and high electrical activity of nerve cells in the brain, giving rise to a pathological state.

Sarah’s epilepsy was congenital. Electroencephalogram identified four pathological focuses. Sarah was crying day and night almost without rest. To control seizures doctors prescribed antiepileptic drugs. Depending on development of the disease, the dose of drugs increases, which quickly led to side effects. The medicaments didn't help and Sara became more and more impassive.

In 2008, Sarah's parents found out about Beijing Institute "Kundawell" and come to Beijing to Professor Xu Mingtang for personal research program for Sarah.

After a few sessions of treatment the state of Sarah stabilized, increased duration of sleep, the girl began to cry less. After three weeks of treatment, her state improved, the dose of medication was half decreased. A few months later, Sarah again went to the Institute "Kundawell" for treatment. But for this once the EEG showed the presence of only two focuses of abnormal electrical activity in the brain. 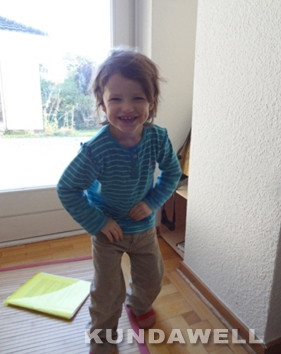 4 years later ...
In October 2012, in response to our question about the health of Sarah, we received a letter from her parents:

“Before coming to "Kundawell" we sent a photo of Sarah to Xu Mingtang and asked him to have a look at her. So we decided to meet Xu Mingtang in Lithuania. He treated Sarah several times, and we went back to Germany. There, the doctors told us that Sarah’s epileptic seizures will never stop and she would not be able to walk and talk. That was a horrible moment for us. I cried all day long and did not know how to live. But suddenly there was a moment when I felt a deep faith in life and the chance to accept the situation with our beloved daughter. And from that moment, Sarah had no more seizures.

The doctors could not believe it at first. But Sarah did not have seizures. It was clear for us that we need to go to "Kundawell”. We have been there twice.

The stay in "Kundawell" was absolutely great for all of us. We all felt very welcome and the conditions were very comfortable The food was unbelievable good and all people were so affectionate. After the first treatment, Sara's sleep was very good. Before the treatment she slept only 4 or 5 hours during the day.

After the treatments of Xu Mingtang Sarah began to develop motor skills and her baby talk. We were very happy and went back to Germany. Sarah had no seizures for 7 months. Then my fear began to grow that seizures may return. And they came back. But fortunately it was not as bad as the first time. Sarah went on with her development, much slower than healthy children, but she goes on her own way. Now she is a very happy little girl. She can walk and run, and starts to speak, and she is very sensitive.

During all that time we realized that for sure there is a big connection between Sara and me (mother). Every time I'm too nervous, too afraid (of Sara or of being myself) or angry with my husband..., Sara gets seizures.

We thank all of you from the bottom of our hearts for everything you have done and are doing for us.
The stay in “Kundawell” was unforgettable great for us!!!

I send photos of Sarah: 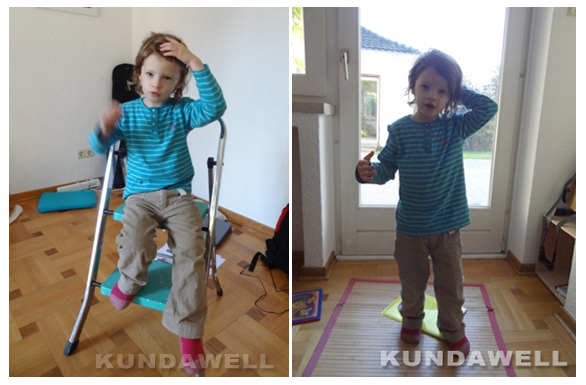 Warmest regards to all of you, and especially to Xu Mingtang!
With love Dani, Sarah and Joachim”.