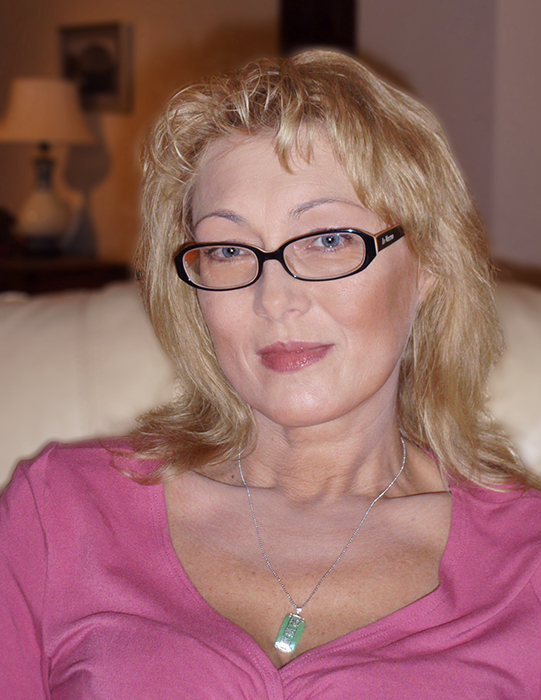 Tatiana coming from St. Petersburg, Russia, had a car accident 28 years ago, resulting in spinal disorder, and was diagnosed as chronic cervical inflammation of lumbosacral nerve root by a military hospital in St. Petersburg. Inflammation of nerve root is a general term of spinal nerve roots and degenerative diseases caused by a variety of reasons. At the same time she also had cerebral blood circulation insufficiency, with symptoms of dizziness. Since then her body had been troubled for many years. Although accepting some treatments, she had not achieved good healing results.

In 2003, Tatiana went to hospital for surgical treatment of lumbar disc herniation, because of body pain. But the condition of her left leg was not well after rehabilitation for a long period, which had become a new distress for her. In 2006, as a result of disease problem, she was in hospital for treatment, but did not achieve the desired effect. In 2008, her condition turned very bad suddenly, with numbness of fingers and left foot, severe headache, instable blood pressure, tachycardia, difficulty in breathing and dimness of vision. Symptoms appeared one after another. The doctor said she must take a surgery instead of conservative treatment; otherwise her body condition would become worse.

But Tatiana did not want to carry out any operation, because she was bothered by the aftereffect of last surgery. In order to relieve the illness, she took a lot of drugs, such as sedative, antispasmodic drugs and so on; besides, she also needed to take regular injections. However, there was no obvious good effect. So, she decided to come to China to have a try, to see whether there is a miracle occurring.

Tatiana received a comprehensive treatment for 20 days in Institute “Kundawell”, and she found great changes had occurred in her body, which surprised her so much, even she could not believe herself. She felt pretty happy.

She said: “I could not turn my head round before treatment, but now I can do this exercise easily, with no headache, and there is no problem with my heart too, and I can jog, without numbness feeling of hands and feet. Besides, the blood pressure is also back to normal. Everyone says I have a significant change, and they say I become younger. I feel relaxed and happy too. I tell them, that it is Beijing Institute “Kundawell” which makes me recover the vitality.”

After listening to Tatiana’s remarks, we can ask: How does “Kundawell” achieve such a significant effect?

“Kundawell” which is famous in individual cases studies, which usually makes up the study group with Xu Mingtang as major member for individual case. For Tatiana, “Kundawell” arranged comprehensive treatment for her after observing her physical condition, using Image Medicine methods, and Chinese massage, acupuncture, Qigong and diet. 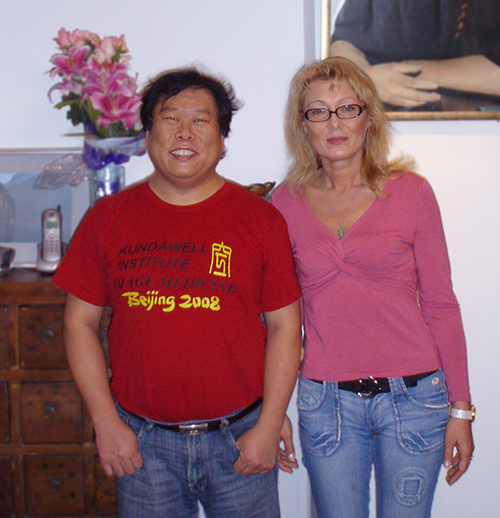 Tatiana says: “The comprehensive recuperation in “Kundawell” helped me a lot. I have realized the benefits of practicing Qigong profoundly because of this recuperation experience. I did not practice Qigong before, and I had not known it until I came to China. But this time I decide to continue to practice Qigong after returning home, because Qigong is really helpful to keep a good health. I believe that Qigong can not only bring me health, but also prevent various diseases”.

In addition to magical curable effect, some other things also gave Tatiana great impression, such as beautiful environment like at home and a high level of working team. She said: “We all believe that “Kundawell” is the best in the field of personal research, and will have great prospect of development. I am so lucky that I chose it, and I feel very better without surgery! I will go back and tell my friends so that they will come to here to know about what is the really good place for human health!”