Contacted “Kundawell” after he had an operation on the left eye, with a diagnosis – retinal detachment.

For the first time I took treatment by Master Xu Mingtang and Olga Markovna Smirnova in Kundawell Institute, in 2008. I appealed there after I had the operation on my left eye – retinal detachment diagnosis (2007). 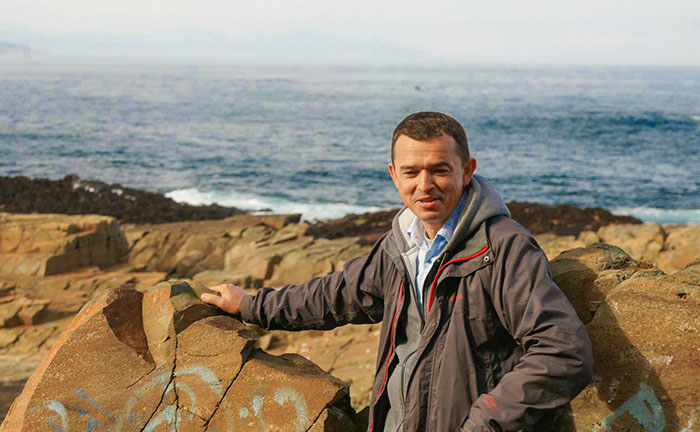 Detachment was caused by formation of breaks – the thinning of retina in area of dystrophy. After an operation on the eye and on both eyes in a week, laser coagulation took place for prevention of the further retinal detachment on eyes. After the operations, doctor told to me that further retinal detachment is highly possible in the nearest time. For today I see well with both eyes.

In January, 2017, I had next treatment by Tatyana Fogel.
The health program was focused on the liver (I had had B hepatitis in the past), chronical prostatitis and prophylactic treatment of the left eye retina. After 20ty days treatment I feel myself splendidly, the pain symptoms of diseases had gone.

I thank Master Xu Mingtang and the collective of Kundawell Institute!

The original of letter: 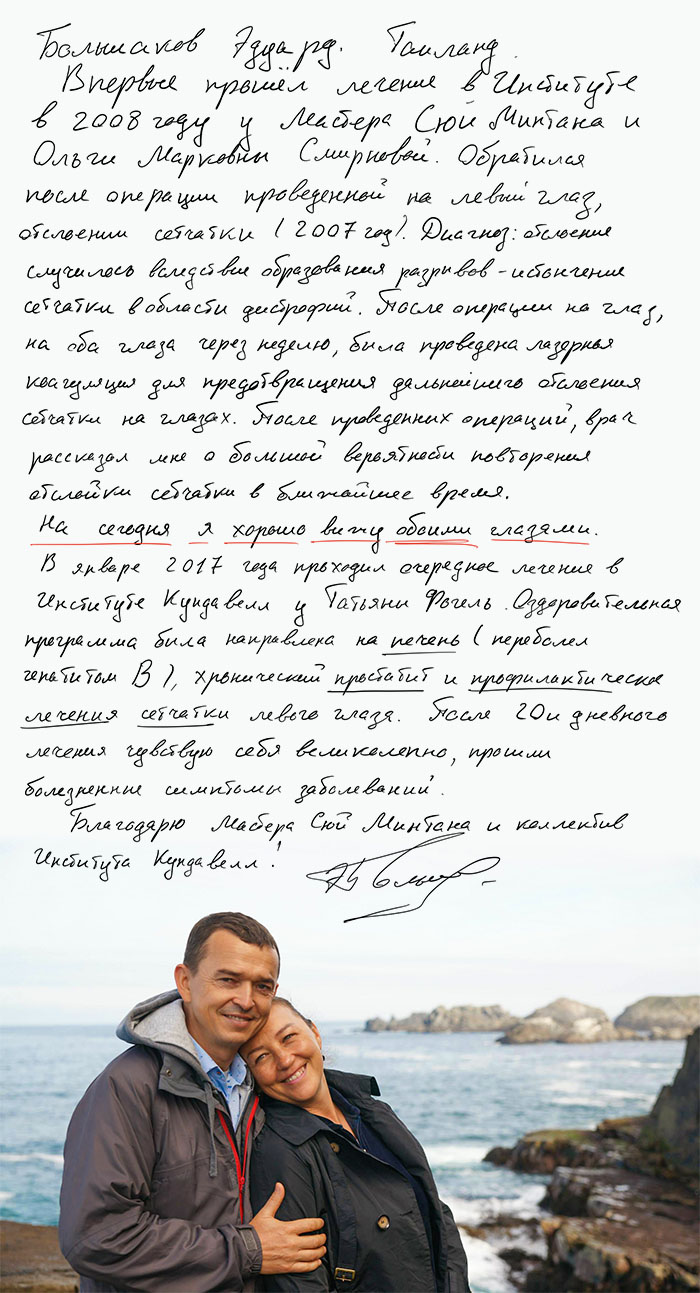