Specialist, researcher, and teacher of the Kundawell Institute.
Image therapist of the third level.

Since 2006, he studies and practices Chinese Image Medicine and Zhong Yuan qigong, participates in seminars and retreats of Professor Xu Mingtang.

For three years he worked as an Image Therapist in the health center "Blooming lotus" (Kaluga, Russia), under the guidance of instructor Dymovskaya Tatiana. Good results have been obtained on the treatment of such diseases as prostatitis, lymphogranulomatosis, nervous disorders, gastritis, gynecological diseases, cystitis, insomnia.

Since 2008 to the present time, regularly takes training on retreats in Shaolin.

2011 - 2012: graduate of the annual curriculum of the Beijing Medical Research Institute "Kundawell".

From 2012 to present - an employee of the Beijing Medical Research Institute "Kundawell".

2012 - Speaker at the second international conference on the Image Medicine and the First Ukrainian-Chinese Conference on Traditional Chinese Medicine in Odessa (Ukraine). 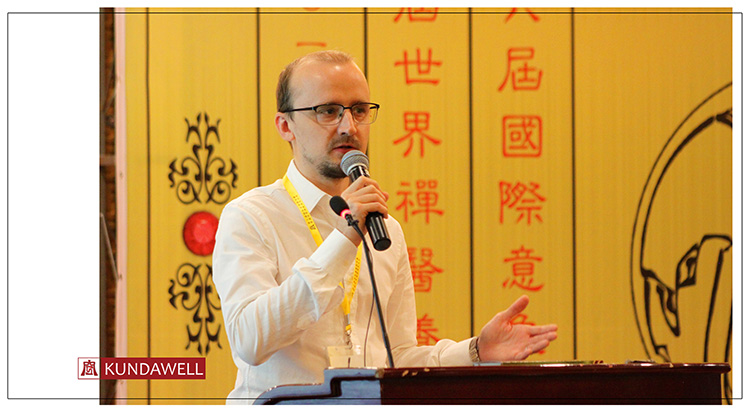 Since 2013, he participates as a specialist in the research department of the Kundawell Institute in health improvement and individual research programs and conferences.

2016 - Speaker at the Sixth International Conference on Chinese Image Medicine and the First World Forum on Chan Medicine and Wellness Practices in Dengfeng (China).