“There is a place where they can help. And that’s truth…”

The interview was written in 8th of October, 2016, in the walls of Kundawell institute. The interviewer: Aleksandr Glybach – the representative of “Mingtang” fund in Chisinau (Moldova). 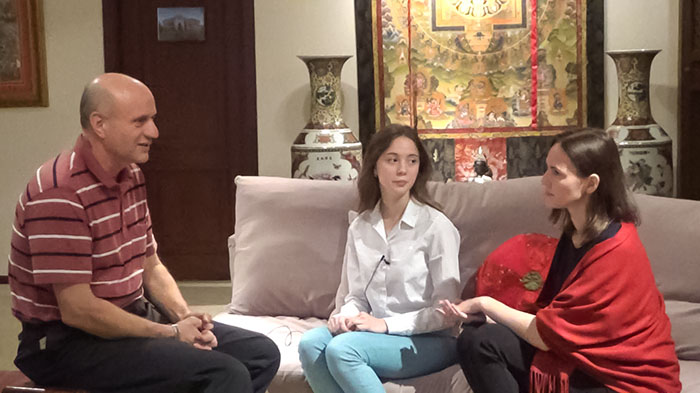 Aleksandr: We are in Beijing Medical Research Kundawell Institute and want to talk with two beautiful women, Dasha and Lena. It’s hard to guess that they are mother and daughter.

Lena, please tell us, how it started, how it went, how did you get to the Institute? Why Dasha got this problem? How did you solve it and got such a result?

Dariya: I was walking near home. Coming home, after few hours, on the neck, in the area where the head joins, I noticed something foreign. The tick had fallen by itself and I saw it. We went to the infection hospital right away, got the Immunoglobulin (this drug is only against encephalitis, and there is nothing against lime). But we did it just in case.

Aleksandr: So you did everything during an hour?

Lena: Yes. We had antibiotics, started to take it, but just in a day Dasha felt worse. She got the fever and we went to the Infection hospital. The condition got even worse. During the year we had seen that there is no result in all the treatments that Dasha got, only was getting worse.

After a year she got awful headaches.It was difficult to write even, Dasha couldn’t manage with her hand. There were edemas, lymphonodyses. There was a panic attack syndrome. Since its hard to diagnose and treat borreliosis, the therapy is not always effective, and usually it is cured by the antibiotics courses. So we got in a dead-end situation.

What is next to do?

In that moment we had been told that there is a Kundawell Institute, where the specialists face with difficult disease cases. They have good results on disease researches and there we can have a help.

Lena: The result after the first course was incredible. Dariya became the same as before. The headaches have almost disappeared; the functions of the right hand have recovered: she could write and tie shoelaces. She managed well with intellectual and physical load.

We came for the second course session in the end of October in 2015. The aim was to restore the injuries that occurred in the nervous system: the restoration of nerve fibers.

And now Dasha has finished the third course in Kundawel Institute. She feels good now. You see- a blooming child! Edema has vanished, no lymph nodes inflammations, the headaches almost have stopped. So she feels good. There is a desire to act, to live actively and to achieve. 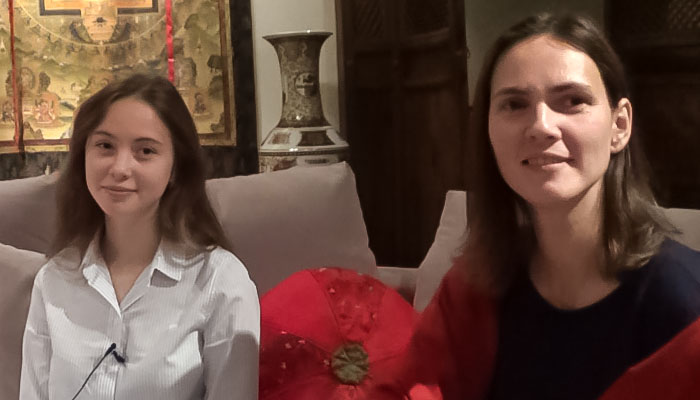 Lena: I would like to take this opportunity to say, so people know, that there is a place where they can get an effective help and this is an absolute truth. I can subscribe and reply for each word.

News on this topic:

Currently, Dasha feels well, the headaches have virtually disappeared, the ability to cope with physical and intellectual loads has recovered, and the motor functions have recovered as well.

When we arrived to the "Kundawell" for the first recovery course, it took a great effort for Dasha to go down the stairs and go through the corridor.

From the bottom of my heart, I thank Professor Xu Mingtang, Kuznetsova Flyura and other employees of the Kundawell Institute for my daughter's recovery and health! 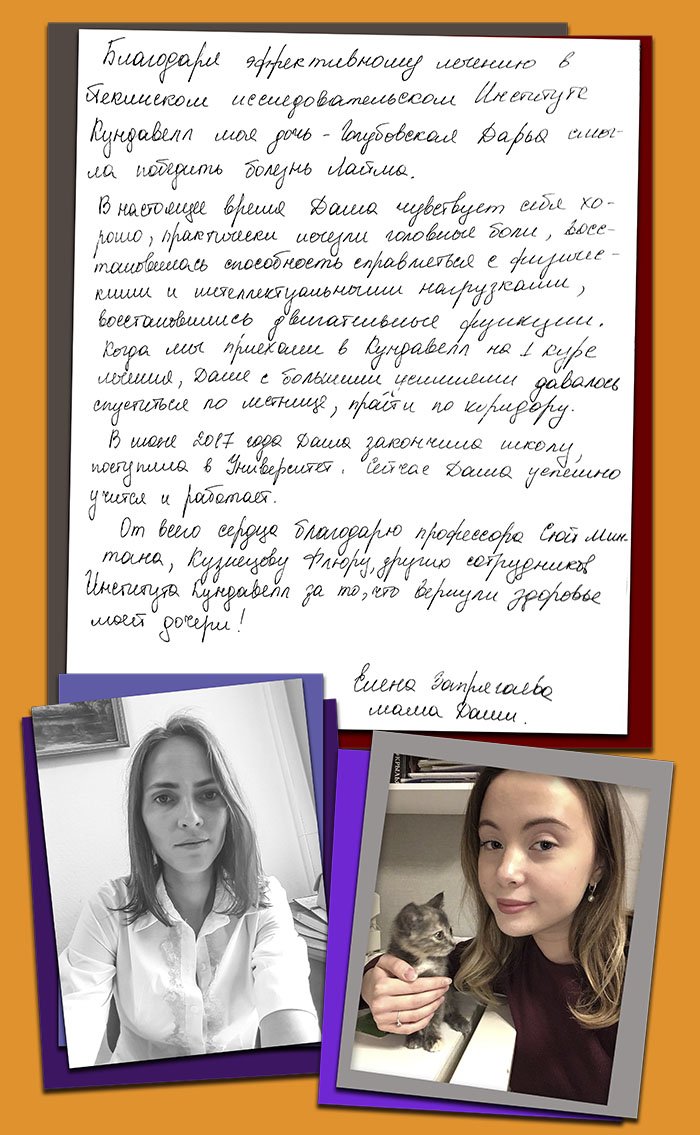