This week in the Beijing Medical Research Institute "Kundawell" was held a meeting between the Ambassador of the Slovak Republic in China, Dusan Bell and his wife, Eugenia Belova, with Master Xu Mingtang.

High-ranking guests became interested in the ancient branch of Chinese Medicine of school Dr. Bien Chue, which is now being researched and revived by Master Xu Mingtang at the Institute “Kundawell”. 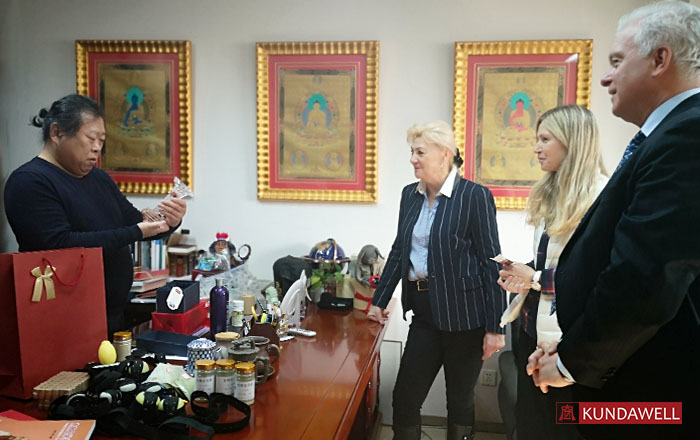 
The guests presented Master with a valuable gift from the Slovak Republic. In turn, Xu Mingtang presented a book about Dr. Bien Chue and Chinese Image Medicine, published for the celebration of the Kundawell 10th anniversary.

By a cup of tea, Mr. Ambassador Dusan Bella suggested inviting all practicing Image therapists and representatives of the Institute Kundawell to the next conference on Traditional Chinese Medicine in Slovakia. 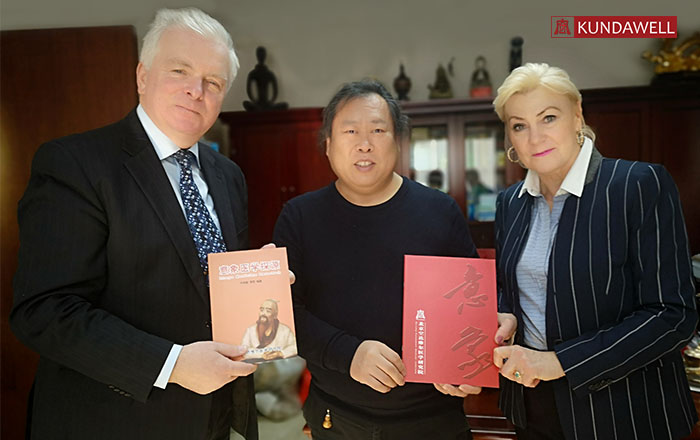 
At the end of the meeting, Ambassadors wife Evgenia Belova noted that Image medicine is the real ancient Chinese medicine that she had long been searching for in order to effectively maintain her health.